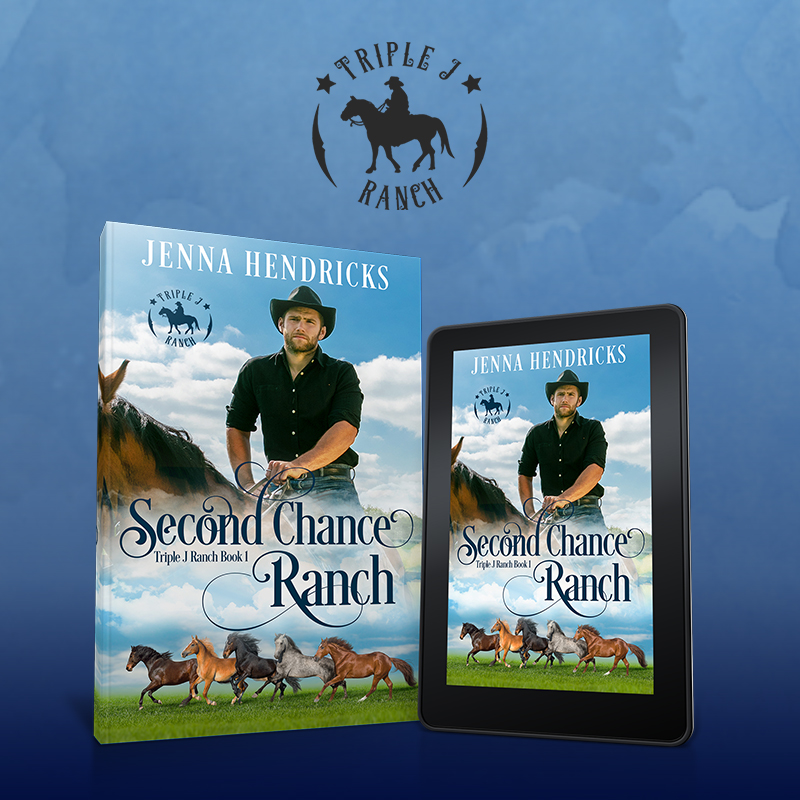 The First Book by Jenna Hendricks

Just in time for Christmas, this new series is about second chances, forgiveness, and giving back to others. There is also a lot of cute cowboys and sweet romance.

Take a sneak peek and see what you think about the start of this contemporary Christian cowboy romance:

“Woohoo! Faster, faster!” Elizabeth Manning pounded her hands on the dash of Max Reinhard’s Jeep 4×4 as they sped through the rolling hills around Beacon Creek.

Max laughed. “Alright, alright. I’m going as fast as is safe. I don’t want to crash with you in the Jeep.”

Elizabeth put her hand on his arm and squeezed. She realized she had finally found a good man.

“Ahhh!” Elizabeth grabbed the padded roll bar above the Jeep’s door with her right hand and wrenched her left hand from Max’s arm as she grabbed the handlebar attached to the front of the dashboard. The Jeep had just jumped a bit off the ground when Max quickly crested the small hill in front of them. Her blood was pumping, and she couldn’t keep the smile from her face. It was going to be a permanent look for her if this kept up.

“Oomph.” Max winced when his head hit the soft top above him. “That landing was a bit hard.” He was glad he’d used the soft top instead of the hard one. Otherwise, he would most likely have a bump on his head. He certainly didn’t want Elizabeth hitting her head on the fiberglass top.

Both laughed and commented on how much fun they were having riding through the country. And they were both very glad that no one had sent their cattle to this part of the region today.

They were no longer on Triple J land, which was owned by Elizabeth’s family. They had instead crossed over to the neighbor’s property and were about to head into Mr. Johnson’s land. He raised cattle and would be rotating them between various patches of grazing land this time of year. They were four-wheeling through one of his grazing fields. It wouldn’t do to drive through a patch of land where the cattle were lazily munching away on grass. They could get in the way of the Jeep or possibly cause an accident.

At the very least, seeing a Jeep jump a hill could easily cause a stampede. The last thing Elizabeth needed was Mr. Johnson calling her parents and complaining—again. Not that Elizabeth had caused a stampede. At least, not recently. But there was that one time when she and her brothers were out riding their ATVs and just happened upon a group of calves and scared them, which in turn caused an issue with their mommas. Of course, she had no idea that they were all in that part of the Johnsons’ pastures. She and her brothers had spent the next two Saturday nights helping Mr. Johnson with repairs to his barn as punishment.

“Are you ready for lunch? I packed us a picnic. Just over the next hill is a nice, shady spot perfect for lunch.” Max slowed up on the gas and crested the small hill.

He stopped at the top, and the sight stole Elizabeth’s breath. “I’ll never tire of this view.”

She was glad she had decided to come home to Beacon Creek and join Milton’s veterinary practice. She was afraid all the old memories of He Who Shall Not Be Named would ruin it for her. Even though they’d broken up over ten years earlier, she knew she couldn’t live in the same town as him ever again. Especially the one they grew up in and had planned to come back to once they were done with college and ready to take on their dream jobs, together.

She sighed and looked out to the hills covered in tall grass and dotted with large oak trees. It was August, and the grass had already turned brown. Some blades were the color of oatmeal, and others the blond shade of wheat so common in the neighboring farms and ranches. She picked up on scents of cedar and sandalwood and knew she was home. With all the beauty of big sky country surrounding her, she knew she would have never been happy anywhere else.

The sun was at its peak and bright enough to hurt her eyes with sunglasses on. The day was going to be a hot one, but that was only the norm for a Montana summer day. It was probably already eight-five degrees. The forecast called for low nineties, and she wanted to be inside with air conditioning once it got that hot.

Elizabeth Manning had been spoiled while she was away attending college and then veterinary school. All classes, except for the live animal labs, were held inside in nice, air-conditioned classrooms. Even some of the large barns had fans running through them to keep from getting too hot. She’d thought about having her family’s farm install some of those large fans to help keep the horses cooler during the hottest time of the summer, but they couldn’t afford it, yet. Maybe one day.

“Come on.” Max held his hand out to help Elizabeth down from the Jeep. “Let’s get the picnic set up and have some of the sweet tea your mom made for us. It’s getting hot.”

“I totally agree.” Elizabeth took Max’s hand and jumped down from her seat to the hard ground.

Even though she was tall—five feet, eight inches—it was still a jump from her seat. Max had put on huge tires and raised the jeep higher than normal. It helped when there were flash floods in the area, but it wasn’t the easiest vehicle to get in and out of.

She ran a hand through her wind-blown, long auburn locks as she surveyed the land. Her blue jeans, button-up short-sleeved shirt, and boots were perfect for ranch life, and were also quite comfortable in the heat and dirt.

Elizabeth narrowed her green eyes that held flecks of golden brown here and there. Some would say her eyes were more hazel, but she always said they were green since there were only a few flecks the color of her boots in her eyes. “Max, how’d you know old Mr. Johnson had already moved his cattle from this pasture?”

It was obvious cattle had been through here recently by the lack of tall grasses. The land looked as though someone had come through with a dull blade and hacked away at the poor grass. What had once been high grass blowing in the breeze was now chopped and not the least bit natural looking.

Cattle had definitely been feeding here, and recently, as she could still see hoof prints and horseshoe imprints in the dirt where they stood.

“Three days ago, I was at his ranch helping him order some parts for his baler. Thankfully he had most of his hay in before it started acting up. He told me he’d just finished moving the herd to the north.” Max smiled at Elizabeth, and his chocolate-brown eyes sparkled like they always did when he talked about John Deere equipment. He had definitely found his passion.

Max was a John Deere salesman. He also advised ranchers and farmers when they had issues with equipment. He wasn’t a repairman, per se, but he knew tractors and all the equipment any ranch could possibly need.

She chuckled and shook her head. “Boys and their toys.”

He grinned. “Yes, ma’am. We love our toys big and green.”

“With a bit of yellow.” Elizabeth reached into the picnic basket and began pulling out the lunch her momma had packed for them once Max had smoothed out the blanket.

They enjoyed their lunch talking about everything and nothing. By the time they returned home, Elizabeth was ready to check on the mare about ready to give birth to twins. She and her boss, Milton, were taking turns checking on the poor little momma. It was her first time to foal, and she was blessed with twins.

Check out Second Chance Ranch to find out more about Elizabeth, and the twin foals! 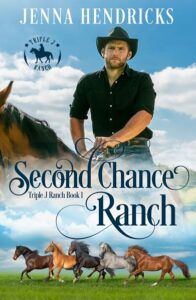